For the resistors Dan: Mids 10W wirewounds, 5% max, 200ppm (thermal coefficient describing thermal drift) or less. The less the better as most thermal drift in impedance is with the voicecoil of the drivers heating up. Limiting total thermal drift is good to aim for. Don't worry about "non- inductive" types as these typically will have inductance so low as to be immaterial. Avoid METOX as their PPM figures tends to be quite high.

HF: Overkill but use 5 or 7W rated wirewounds to the same spec as above. Vishay, Ohmite, Welwyn, Mills, TE Connectivity to name a few are all fine. No boutique ones necessary since this is a relatively high current application, noise isn't usually an issue.
Top

Been listening this afternoon now all is back together and am blown away by the improvement. No sub-woofer needed now Chris

By dropping mid & HF sensitivity and flattening out response, this has raised apparent bass without altering bass sensitivity much (it has risen a bit due to lower inductor DCR).

The major things noticeable is that the "phasiness" between mid and upper drivers has vanished almost completely...much better integrated sounding and smoother by far. The mid-forward bloom has largely gone but the character of the that mid dome is that break up resonance modes create some lower THD although this is much reduced over factory. Bass is punchier and with more detail. Way better blended now with the mid. You don't notice the step between the two as before and the bass sounds like it's an octave deeper (although it's not). Better damped too so some of the lower frequency cab resonance is less intrusive or noticeable.

Playing Shelby Lane "a little lovin'" album and it sounds spot on. This can be quite harsh and forward on the mids especially. Not on these. It invites longer term fatigue-free listening now. It may take a while to get used to the less obvious treble sparkle (HF was too tilted upwards previously though) but once you do...these could be listened to for hours without wanting a break.

Can't say any more than that as they are just my own subjective findings but no doubt Chris might leave his impressions when he gets a chance to run them for a few days.
Top

he's got some nice new stands to go with them too!

Here's some not so nice stands (the Mrs's Ercol coffee table! She'll have my guts for garters...): 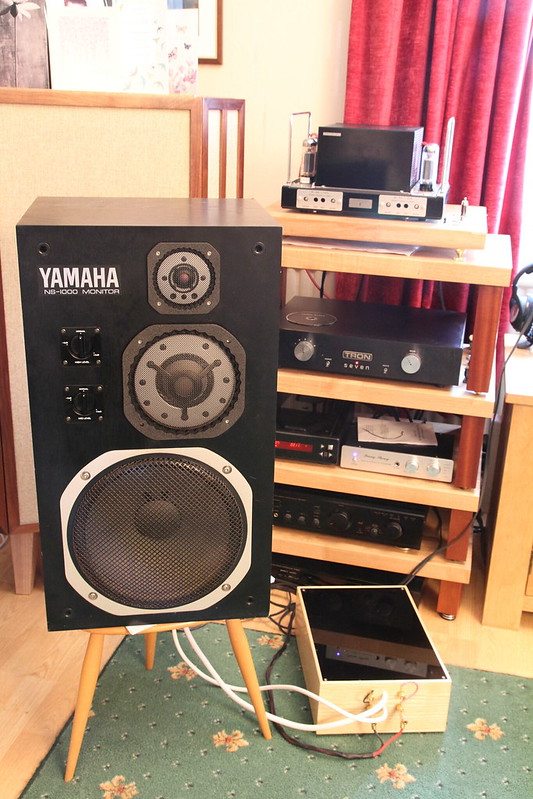 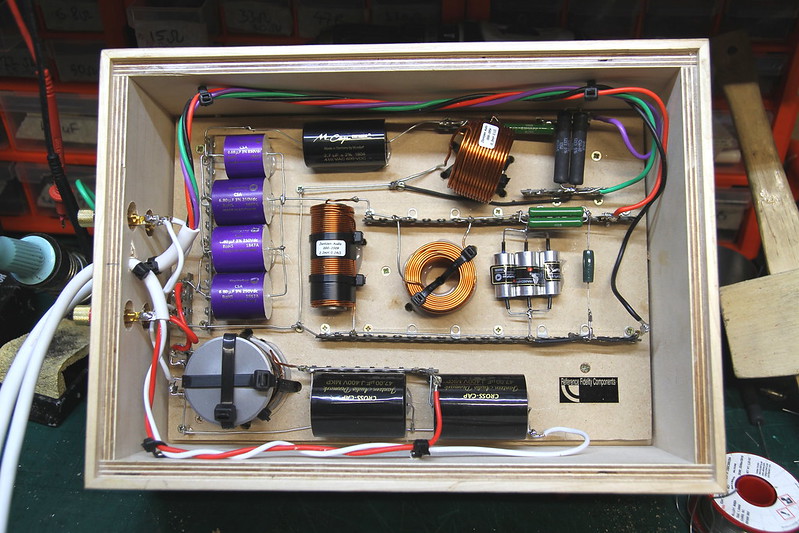 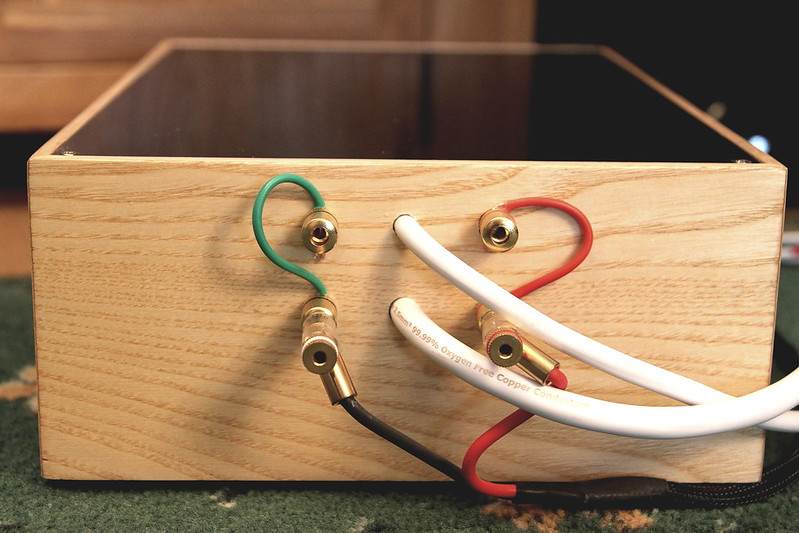 Thank you. Purple caps are Claritycap CSAs. These are shorter plate design than ESA and use improved tail out connections (copper grid on plate). Not cheap but not the most expensive either.
Top

I love a nice bit of Ercol furniture

The CSA caps are quite new - for example, they didn't exist when I did my crossovers (or I may well have used them).

Paul, are the acrylic lids on the crossovers tinted?
Mark
Top

Hi Mark. No, they're gloss black and I think the cases are all the better for that as it provides a nice contrast. Had the boxes been gloss black then clear lids I think would have been the way to go.
Top

Looking forward to seeing you tomorrow Paul and hearing the result of your hard work. Your thoughts on the improvements you've wrought over the stock crossovers are very encouraging.

100 or so watts of Avondale Voyagers to drive them will hopefully do the trick. Stands to accompany them en route, courtesy of Jamie, then just need to sort out some gaskets and Rockwood to do a bit of sealing and stuffing and they're done.

Will of course take some time to write up some thoughts on the results.

reffc wrote: ↑
Mon Mar 18, 2019 7:23 pm
Hi Mark. No, they're gloss black and I think the cases are all the better for that as it provides a nice contrast. Had the boxes been gloss black then clear lids I think would have been the way to go.